Of all the auto accidents handled by Rhode Island personal injury attorneys, pedestrians struck in crosswalks often involve the most catastrophic injuries. Because the injuries in crosswalk accidents are often extremely severe, insurance companies will go to extreme measures to avoid paying the full value of claims. Victims may receive repeated phone calls or even personal visits from insurance representatives, promising that all their medical bills will be taken care of and urging them not to hire an attorney. Sadly, some victims go along with insurance requests and sign settlement papers after receiving just a fraction of what their claim is really worth.

When handled by a skilled Rhode Island crosswalk lawyer, pedestrian accidents involving serious injuries can result in significant awards. Juries, horrified by the thought of being struck by a car while walking, are typically sympathetic to plaintiffs and often award greater damages than they would in a multi-vehicle accident with similar injuries. The best attorneys understand that the trauma of a serious crosswalk accident is far greater than when the victim is protected by being inside a vehicle. 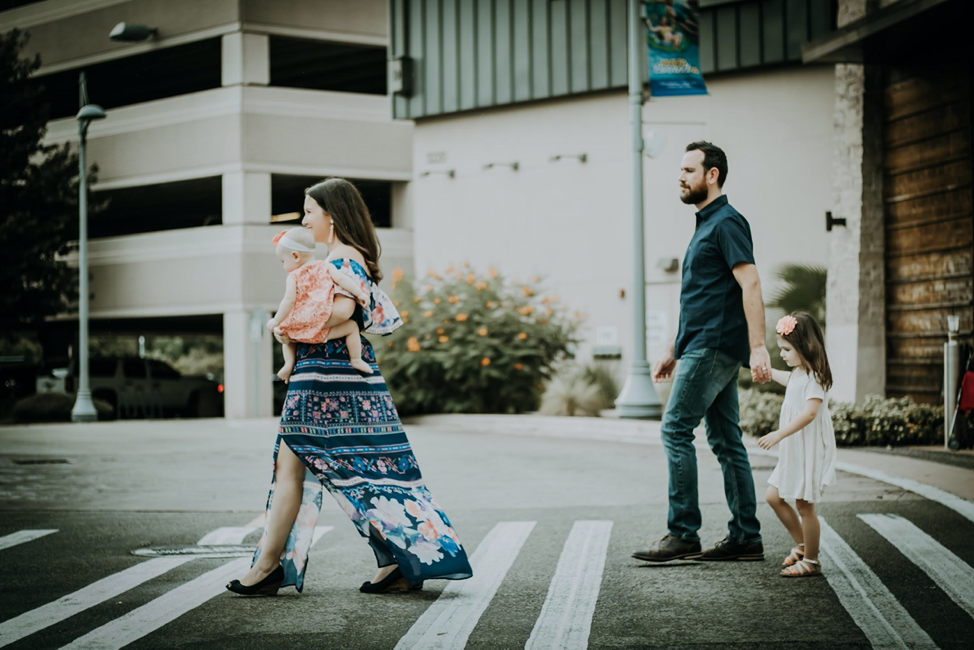 Knowing how much a crosswalk accident can cost them, insurance companies often radically change their approach as soon as they learn that a victim has obtained a lawyer. They will contact witnesses in the hopes of finding someone willing to suggest that the accident was the pedestrian’s fault, and they will challenge the necessity of medical treatment. They may investigate prior injuries or claim that the plaintiff is “faking” their pain in order to get a big settlement.

Skilled crosswalk accident attorneys understand how how far insurance companies will go in order to avoid paying full damages. It takes dedication, determination, and experience to beat them at their own game.

In reality, no one walks down a sidewalk expecting to be hit by a car in an intersection. However, inattentive drivers and high levels of traffic make this kind of tragedy all too common. People may be texting or listening to music and not pay attention. In quiet neighborhoods, a driver might assume no other vehicles are going to be at the intersection and roll through a stopsign without checking for pedestrians. Commonly, crosswalk accidents happen when a driver with a green light makes a turn, forgetting that those on foot in the crosswalk have the right of way. It only takes a small mistake to instantly shatter a life.

Insurance companies commonly attempt to pin crosswalk accidents on the pedestrian, arguing that people walking should keep a better lookout and avoid being hit by vehicles. In some cases, they may try to argue that if the victim might have been even slightly at fault, she shouldn’t be allowed to claim any damages. Fortunately, Rhode Island is a comparative negligence state. This means that in a court of law, a victim is entitled to compensation even if the other side claims they shared partial responsibility.

Injuries in a crosswalk accident can be severe, including broken bones, organ damage, head and brain trauma, and paralysis. In addition, the victims are often unable to work while recovering, losing significant income while medical bills pile up. Under Rhode Island law, a pedestrian struck in a crosswalk can be entitled to payment for medical bills, past and future pain and suffering, lost earning capacity, past lost income, and more.

The team at the office of Louis W. Grande will be able to evaluate your case and determine the best course of action. Often, plaintiffs can recover more net damages if they are able to settle their case out of court, though this is only possible when the insurance company knows the attorneys are willing to fight it out in front of a jury. None of our clients ever pay a consultation fee, and all cases are operated on contingency, meaning you do not pay unless we win.