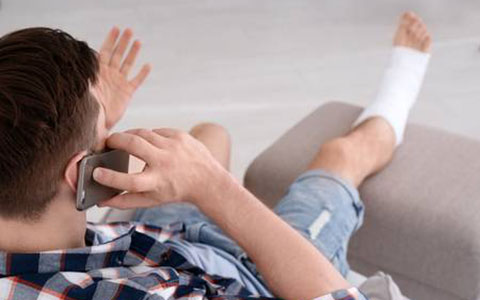 The insurance company has an incentive to pay as little as possible for accident claims. Naturally, then, the insurance company is not your friend, no matter how nice the representative may seem. Your first course of action should be to refer them to your attorney when they call you for the first time.

You may be a nice person and you don’t want to be rude or mean. But there is a big difference between not being rude and having a conversation with the insurance company in a way that will harm your case. Let’s take a closer look at some of the interactions you absolutely must avoid if you want to prevent the insurance company from minimizing or denying your legal claim.

If you are truly injured and have nothing to hide, you might think that giving a recorded statement to the insurance company is okay. Nothing could be further from the truth!

The insurance company could use the recorded information against you at a later date. If you have never been in an accident before, you may be wondering why anyone would allow that to happen. Too many accident victims think they need to answer to the other party’s insurance carrier. They give the insurance company more authority in their mind than the company actually has legally.

Just don’t do it. You can still treat the company respectfully with your denial. The insurance company would listen to your statement while actively searching for any and all inconsistencies that would support their position and undermine yours.

Recorded Statements Get Distorted and Taken Out of Context

For a great example of this, watch a famous legal scene from the classic legal comedy My Cousin Vinny. The movie centers around a murder. The defendant, a college student is being questioned after being falsely arrested for killing a clerk at a grocery store. The college student is shocked since he thought his arrest was for accidentally stealing a can of tuna from the store. After he realizes the local sheriff believes he murdered the clerk, the student responds in disbelief, “I shot the clerk?”

At trial, this response from the student defendant is delivered in a deadpan, affirmative tone, the sheriff making it sound as if it was the young man’s confession. “He said, ‘I shot the clerk.’”

While this example comes from a comic movie, the same type of misinterpretation can happen if you give a recorded statement to the insurance company. Imagine the insurance company asks you how you are feeling. You decide to respond politely as you would to a friend. “Oh, I’m okay,” you respond, not wanting to sound like a complainer. You know you are in pain, but you have the personality to tough things out and stay positive. For the insurance company, however, you just provided evidence that can be distorted and taken out of context—just like the My Cousin Vinny example.

The insurance company is looking to take statements like this out of context if it helps limit the amount of compensation you receive. The fact is, it’s too early and premature to discuss how you are feeling anyway. Don’t give the insurance company a chance to distort your claim: Refuse their attempts to get a recorded statement.

Sign a medical release upon the insurance company’s request, and the end result is that they may be able to gain access to your entire medical history!

Medical release forms that the insurance company will want you to sign are often broad in scope and not limited in time. The insurance company may request medical reports going back 10 years, and they may try to use the information to justify limiting a claim from the accident.

Suppose you have previously suffered with back pain from a fall 10 years ago. Even if your back has been fine for 10 years, the insurance company could try to use this information to minimize the payout for back injuries caused by the auto accident.

Do not sign anything from the opposing parties’ insurance company. This rule is especially true for a general medical release form. If you do not yet have a lawyer, the insurance company may try to pressure you in an attempt to have you sign. Avoid their strong-arm tactics by refusing to sign, and then contact to a Rhode Island auto and motorcycle accident lawyer as quickly as possible.

Don’t Limit the Damages to Which You Are Entitled

In an accident claim, you will be entitled to compensation for medical bills, property damage from the accident, and lost time from work. Insurance companies may try to use this to their advantage by convincing you that these are the only damages to which you are entitled. In many cases, this is wrong.

The insurance company won’t go out of its way to tell you about pain and suffering or special damages you may be entitled to receive. If your accident results in a scar, you may even be entitled to money for that. Since insurance companies have a duty to maximize profits for their shareholders, these damages and others like them will not be mentioned.

This is part of their strategy to lowball the offer in the hopes that you sign off and agree to a lesser amount than what you are legally entitled to receive. When you are an accident victim, and you need money, it is tempting to take the first offer you receive. However, a quick settlement is often in the best interest of the insurance company, not you. 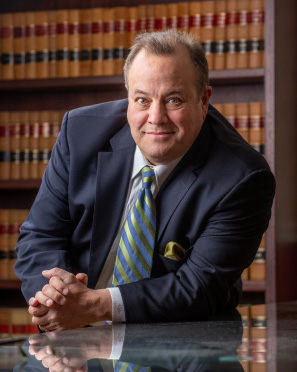